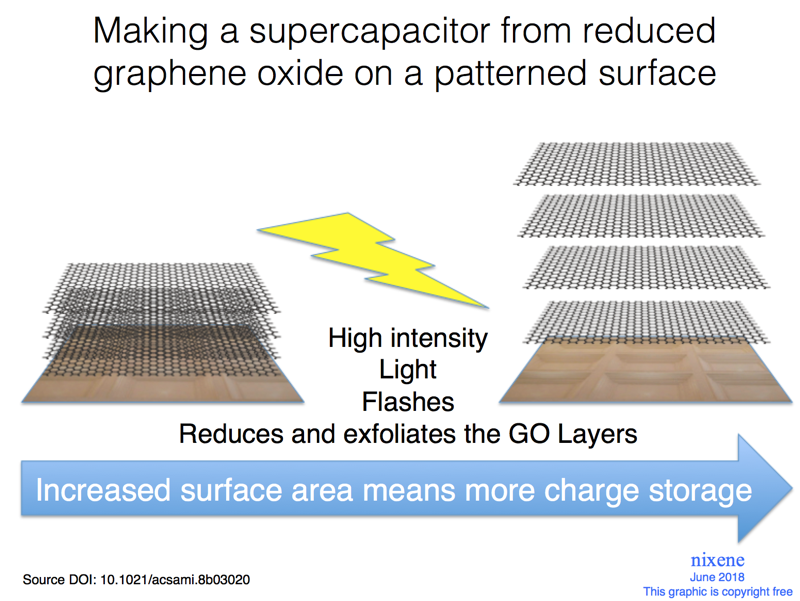 This is work done by a team at Louisiana State University in the USA. They found that laying graphene oxide on a patterned surface then exposing the material to bright flashes of light did two things. Firstly it reduced the graphene oxide back to graphene and this makes it electrically conductive. Secondly it exfoliated the graphene making the layers separate and making more surface area accessible.

The team found that this treatment increased the energy storage of the supercapacitors.

Batteries store a lot of energy and release it in a controlled way but take time to charge up again. Capacitors store smaller amounts of energy but charge and discharge rapidly.

Supercapacitors offer a halfway house between the two and they also don’t need the expensive metals such as lithium and cobalt that batteries do.

Having said all that be careful about reading too much in to this development. These supercapacitors seem to work only at very small scales and would be useful for tiny on chip devices and less so for larger devices.